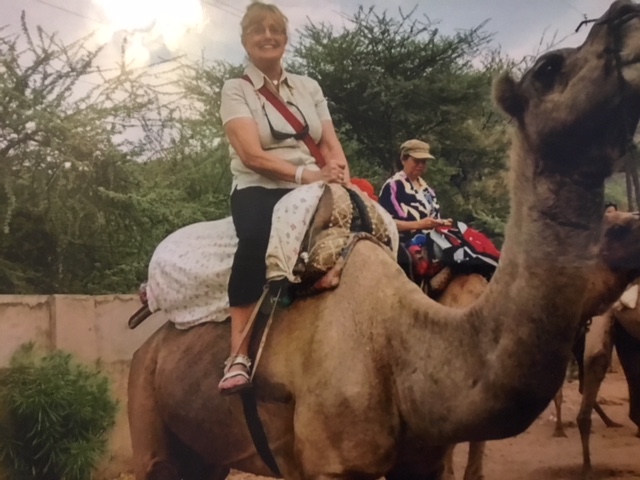 Carole volunteers behind the scenes on reception and Coming Events.

Carole was born in Newfoundland, moved to Camp Borden where her father was transferred during the war, then lived in Toronto until 18, married an RCAF officer, moved a lot and settled in Nova Scotia. With four kids, she moved on her own to Prince Rupert, B.C., where she worked in the jewellery business, moved back to Toronto, remarried, and worked for a very smart jewellery store on Yonge street for many years until she bought her own jewellery business where she did repairs for the trade as well as special orders. She and her new husband then moved to Florida which became their base for many backpacking travels throughout the world until the medical situation inspired them to return to Canada where they fell in love with the county and continued to travel the world on foot which Carole intends to continue doing until she can no longer walk.

Since arriving in the county 31 years ago, Carole has volunteered for a number of organizations including the hospital auxilliary and Community Care for Seniors which she still enjoys after more than 20 years.