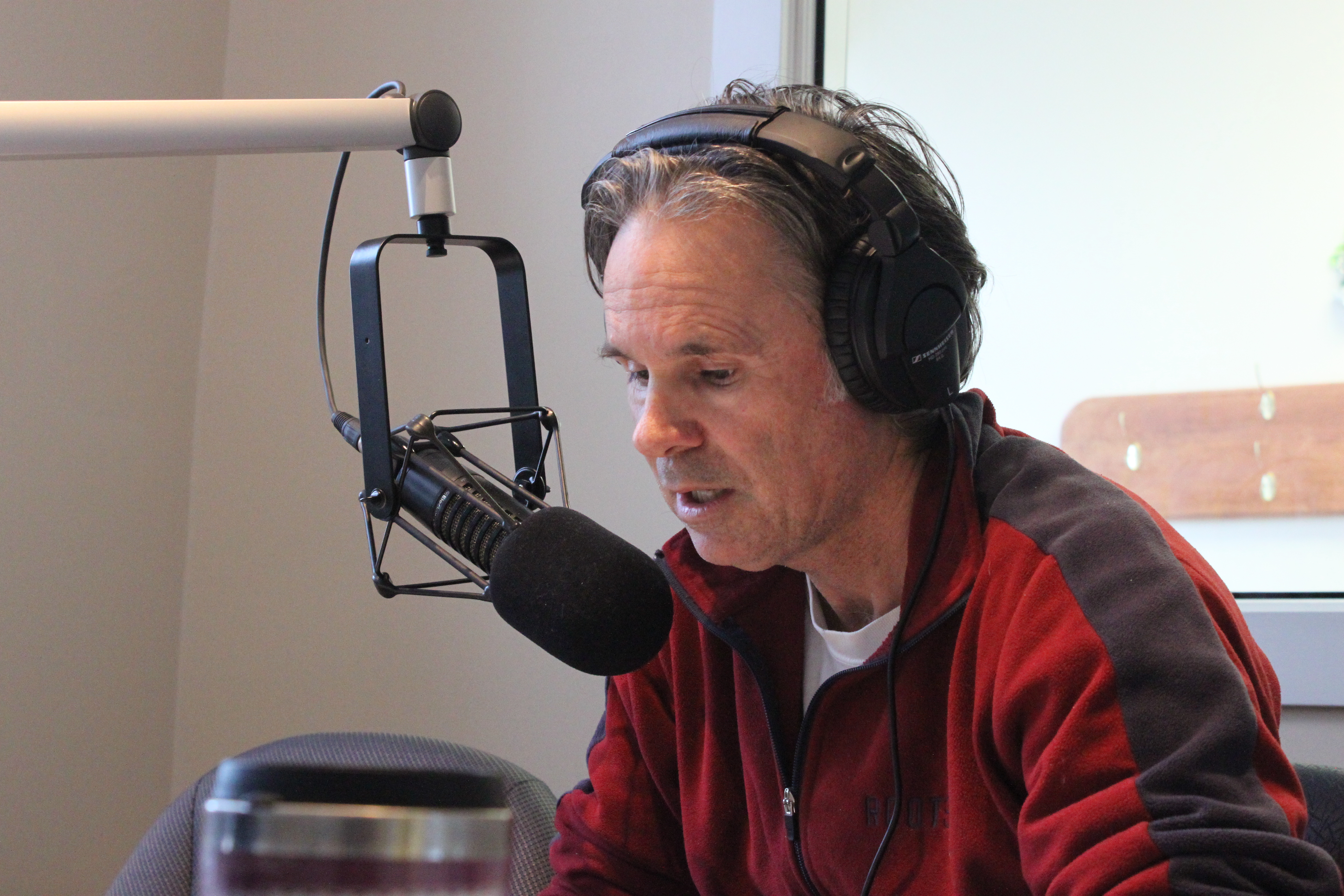 Mike Harper is a board member and volunteers behind the scenes.

After a solid middle class upbringing in Kitchener, followed by five years of university in London, Mike loaded up the car and headed to Toronto in 1982 in search of adventure and most importantly, work. This went fairly well, and saw he and his long-time girlfriend, Heather Ford, buy a place in Picton in 2004. Years later, whilst attending a play at in Milford, Heather encouraged Mike to talk to the man at a table who was selling memberships to a start-up community radio station. This went fairly well, and he ended up having coffee with JJ who decided Mike’s research background and okay voice might be good enough for the last remaining newscaster slot which was Monday morning. After three years of getting up at 3:30 a.m. on Mondays, Mike has now assumed a much cushier role as member of the donations committee and also on the Prince Edward County Council as Councillor of Wellington (Ward 3).