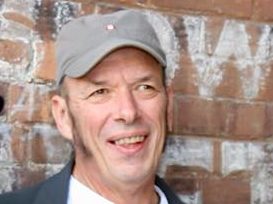 Fraser Hardman grew up in the north of England and went to school there and in Scotland. He has played in a variety of bands on both sides of the Atlantic, from folk to jazz to rock and roll, and even a brief spell with a gypsy orchestra! Fraser has called Canada home for the past 30 years, and now resides in Prince Edward County. Fraser performs regularly in and around the County as a member of The Frere Brothers and Seventh Town, as well as a weekly rock-and-roll gig with Peter Rea.