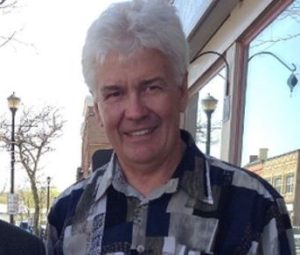 Prior to moving to The County, James spent 28 years in Manitoba and then Ontario with the Johnson Wax / JohnsonDiversey Corporation and 4 years with United Cleaning Services Limited. During his career, he held positions of Corporate Trainer, Distribution Channel Manager, Regional Sales Manager, National Account Executive, Operations Manager, New Business Development Manager and was an active member of many Executive Management Teams.

As an independent Facilitator/Consultant to the Canadian Sanitation Supply Association (CSSA), he has been instrumental in furthering one of their key strategic objectives, the rollout and promotion of the New “Canadian Green Sustainability Program” (CGSP) to all of the Canadian Provincial Chapters and their members including manufacturers, distributors, contractors, and more.

In his free time, James curls, cycles, landscapes, golfs, and reads but his main passion, sailing, has taken him and his spouse through Lake Ontario, Georgian Bay, the Bahamas, Antigua, Guadeloupe, British Virgin Islands, Belize, Lake of the Woods and the North Channel of Georgian Bay.